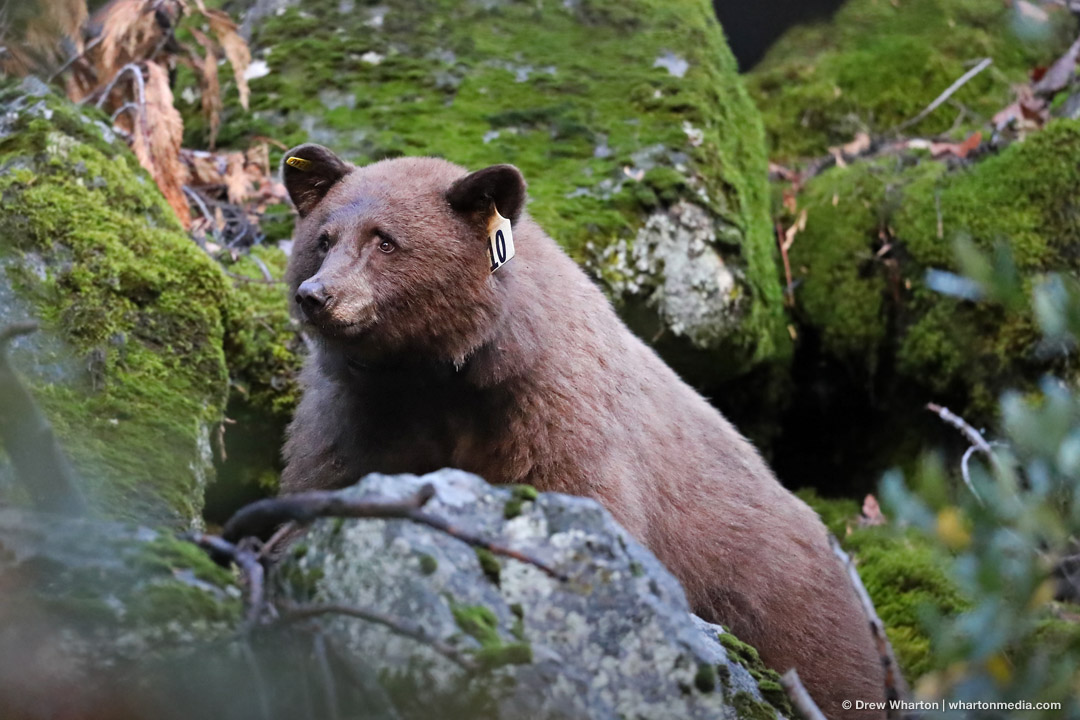 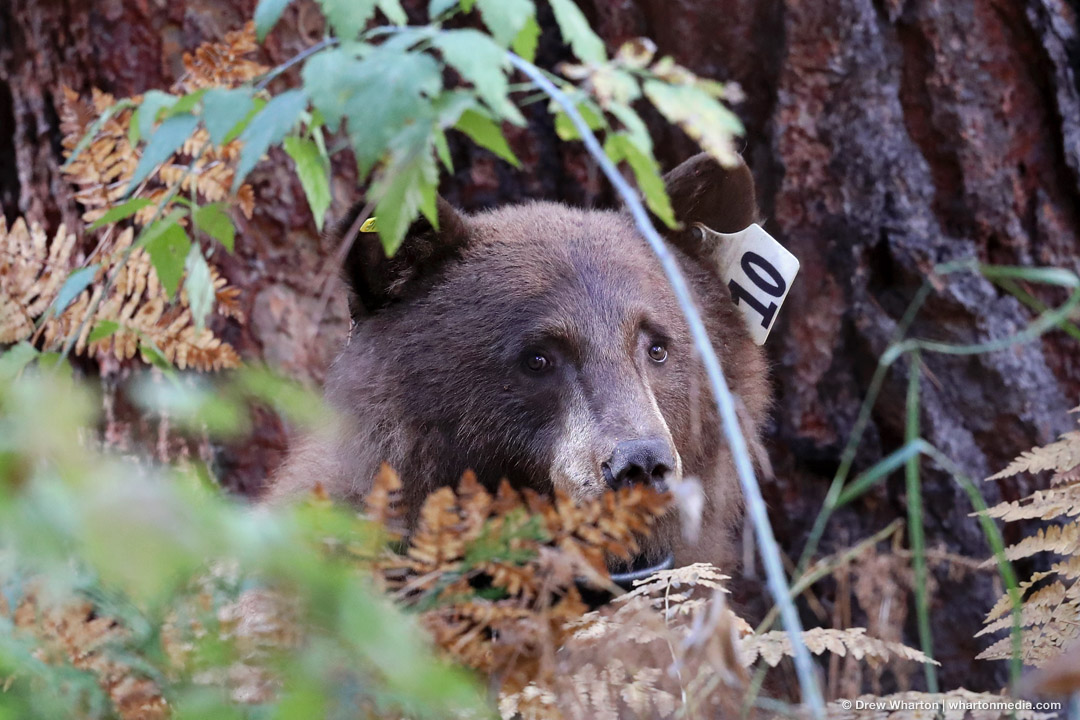 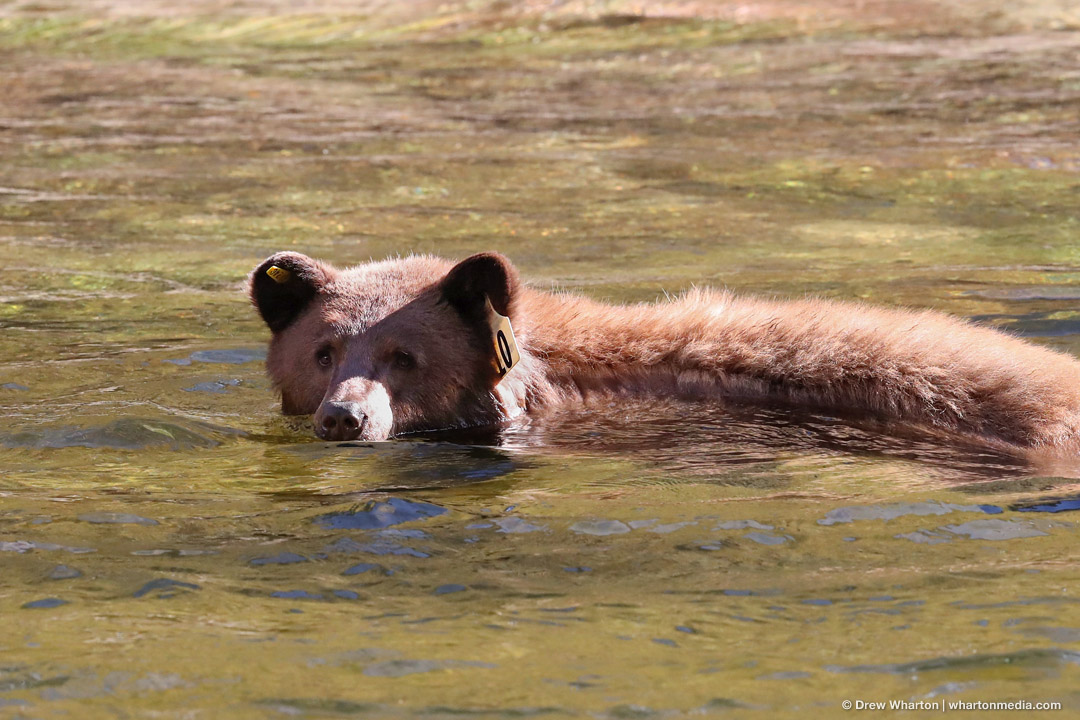 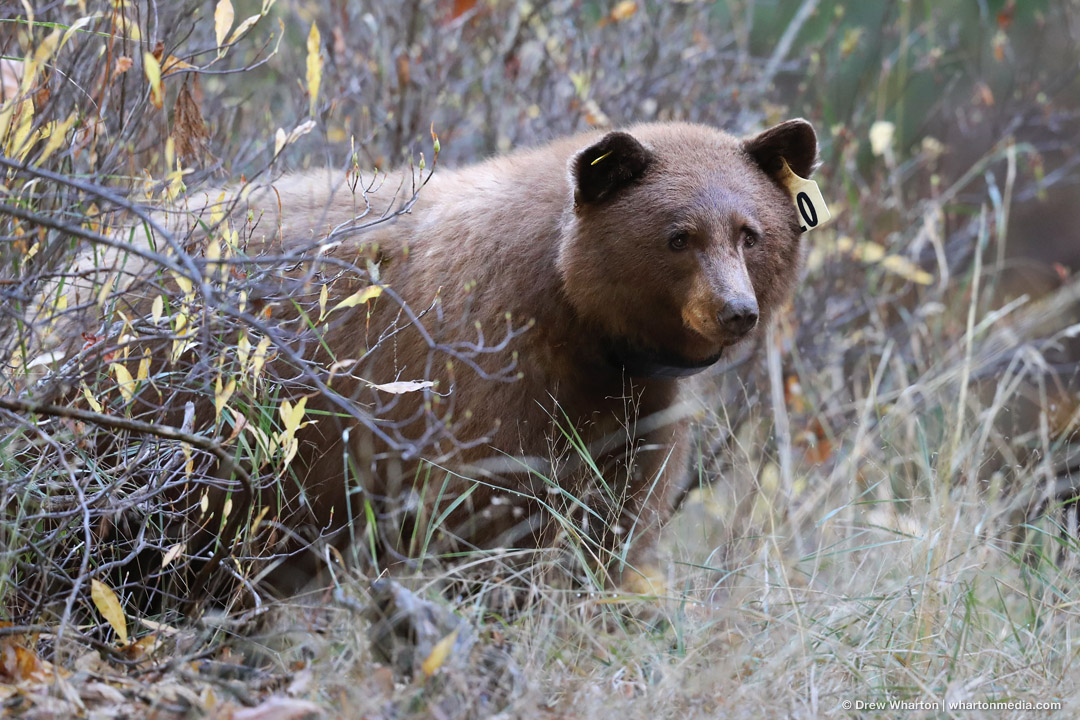 Yosemite National Park is home to 300 – 500 American black bears (Ursus americanus). Despite their name, most of Yosemite’s black bears are actually brown in color. Black bears are incredibly intelligent,  curious, and powerful animals. They are fast sprinters, agile climbers, excellent swimmers, and quick learners with an extraordinary sense of smell — and a huge appetite! The average Yosemite bear weighs 150 (female) to 250 (male) pounds and has an average lifespan of 18 years in the wild. Black bears naturally avoid humans but when they learn to associate food with people, that behavior can quickly change. This is why it is so important to follow food storage regulations while in the park – both during the day and at night.

The Appeal of Human Food

Caitlin Lee-Roney, Yosemite Wildlife Biologist, explains — “By nature, bears are curious and intelligent animals that learn quickly from experiences and have an amazing sense of smell. These attributes not only help bears succeed in the wild, but they can also lead to conflicts with people. Bears naturally forage on a wide variety of foods easily found in the park including grasses, berries, insects, and acorns but when people allow bears to eat their food either intentionally or by accident, the behavior of a bear will quickly change. A bear that learns to search out human food is referred to as being “food-conditioned”. Often bears that are food-conditioned will begin to lose their natural fear of humans and become “habituated” to people. These behaviors frequently result in damage to vehicles and other property. Bears that become heavily habituated and food-conditioned can pose a serious threat to public safety and, unfortunately, must be put down as a last resort. This is why preventing changes in the natural foraging behaviors of bears is crucial to their protection.” Black bears are opportunistic omnivores with a highly variable diet consisting in part of grasses, berries, acorns and grubs. Bears cover great distances in response to seasonal changes in natural food availability – In spring, they rely more heavily on freshly sprouted grasses; summer brings many types of berries to gorge on; and in the fall they can consume up to 20,000 calories worth of acorns and other foods every single day (equal to a human eating 40 Big Mac sandwiches per day) in order to gain enough weight for hibernation. Most bears are active during the early morning and late afternoon hours, while resting for much of the day and sleeping through the night. However, some food-conditioned bears will adapt to nocturnal activity and the safety provided by the cover of darkness. These bears often learn that they are more successful in raiding campgrounds for human food when campers are asleep, and there are fewer rangers around.

In Yosemite, bears typically hibernate from December to April, depending on weather conditions and food availability. During years where food remains available throughout the winter, some of Yosemite’s bears have been known to skip hibernation all together, staying active all winter. In late January or early February, bear cubs are born in their dens, weighing less than one pound. In the spring, bears emerge from their dens in search of food. The cubs, generally born in litters of between one and three cubs, follow their mother’s every move – learning what to eat and what to avoid. They remain with their mother through the following spring, when the one year old bears (called yearlings) are pushed away by the female. Female bears (sows) mate soon after they separate with their yearlings, having new cubs the following winter.  Sows reach full maturity around five years of age, while adult males (boars) attain peak size between 8 and 10 years of age. If you spot a bear while in the park, it is an American black bear, not a brown or grizzly bear. The last known California grizzly in Yosemite was hunted in 1895, while the last known individual in the state was shot outside the Yosemite region in 1922. Sadly, the species no longer exists despite its presence on the California state flag.

When Euro-Americans arrived, they found a large population of grizzlies throughout the state. Grizzlies were perceived as a dire threat to life and property, and were killed in large numbers (~120,000 bears). By the early 1900s, few grizzlies and little of their prime habitat in the Central Valley remained. Black bears, in contrast to the grizzlies, have fared much better due to a combination of excellent adaptability and exploitation of human resources, different habitat requirements, and less intimidating stature.